Becky Cloonan and Luca Pizzari will helm the first DARK AGNES series this February. The press release follows: Media Release — Announced today at MCM Comic Con London, Robert E. Howard’s swashbuckling heroine, Dark Agnes, will helm her very first comic series! Dark Agnes will be making her Marvel Comics debut this December in CONAN: SERPENT WAR, introducing this beloved swordswoman to a new generation of readers, before taking off on her own adventures in February’s DARK AGNES #1. The five-issue limited series will depict the journey of Agnes de Chastillon as she frees herself from an arranged marriage to live the dangerous life of a sellsword in 16th-century France. Joined by Etienne Villers, the mercenary pair’s daring exploits will be penned by writer Becky Cloonan(THE PUNISHER) with art by Luca Pizzari(WEAPON X, BLACK KNIGHT). “I wouldn’t be surprised if you told me you’d never heard of Dark Agnes. Well,… 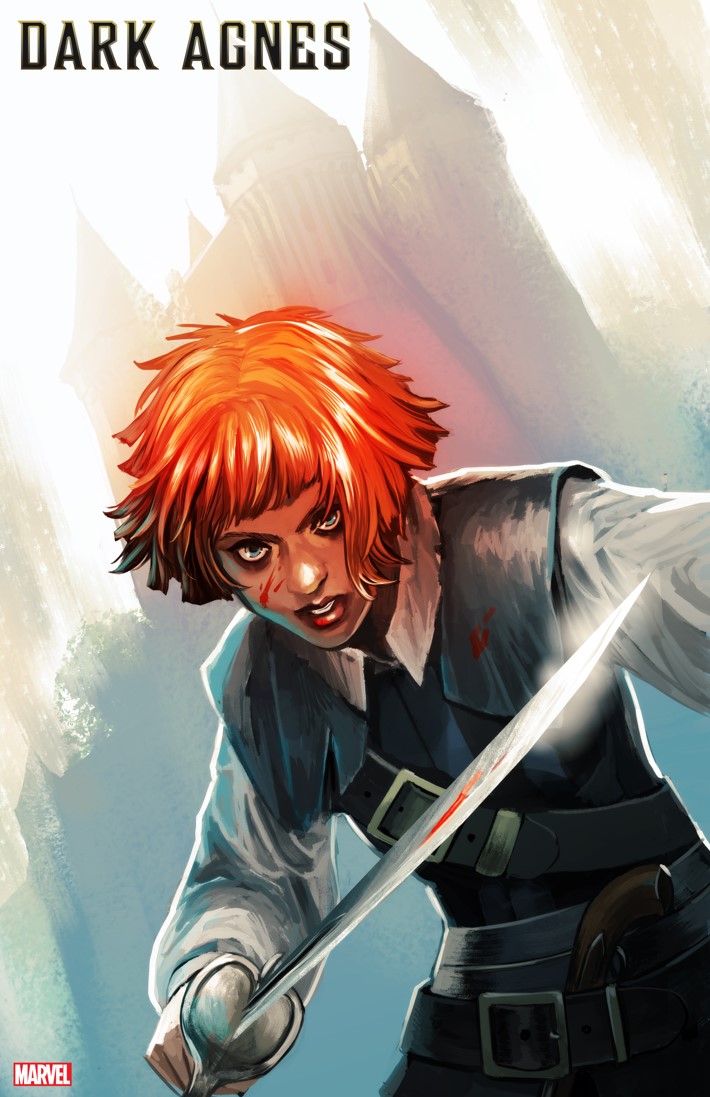